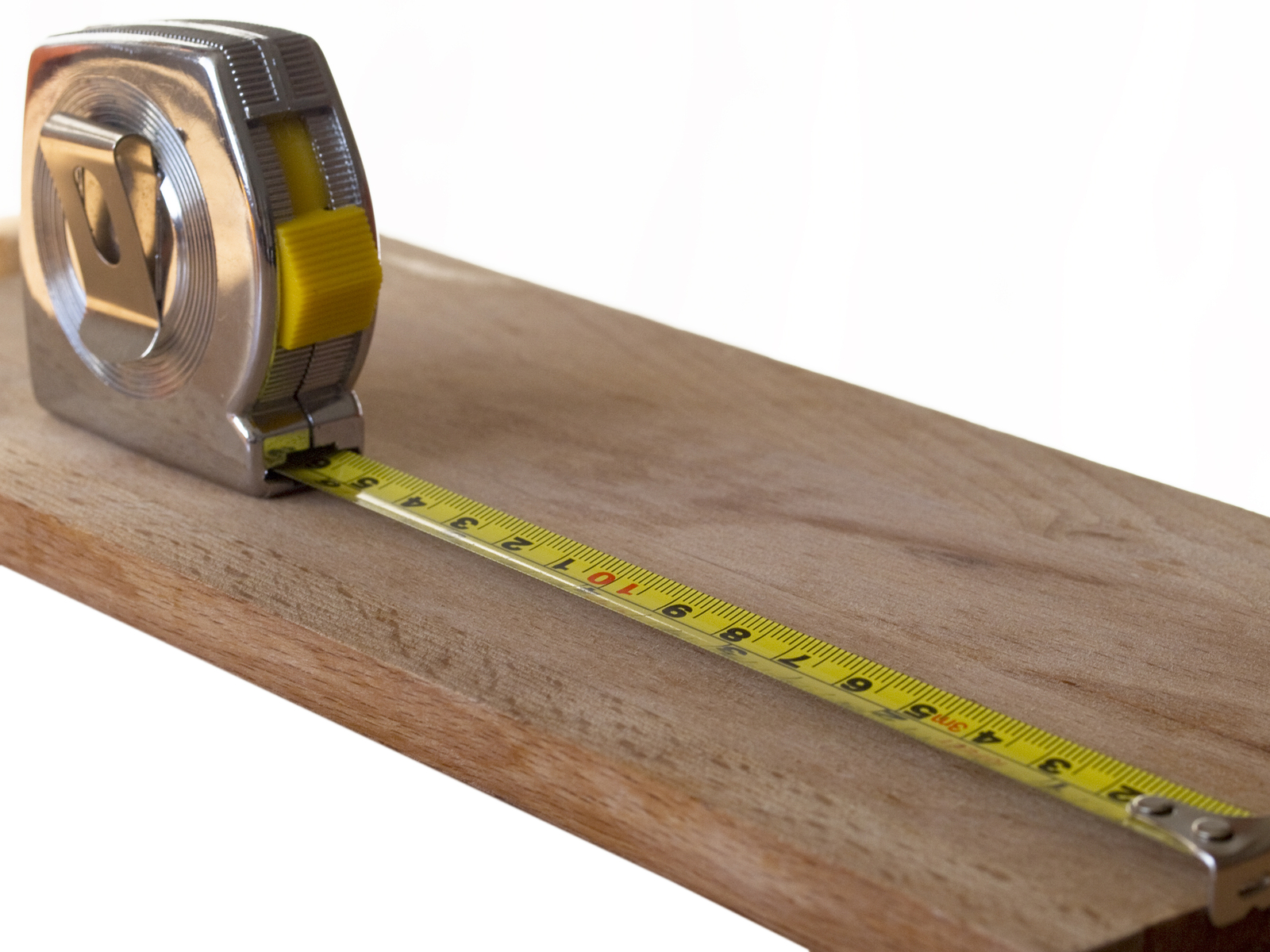 Abenaki is driven by our customer’s needs. As a result, we offer hardwood lumber for sale both gross tally and net tally.

Why is Net Tally versus Gross Tally a Big Deal?
It is necessary to understand whether a lumber quote or price is based on gross tally or net tally. The issue isn’t always whether the tally is net or gross, but how that number was determined. Finding out whether the tally was measured after coming out of the kiln or whether the gross tally was used to calculate net will make a difference in the actual volume of lumber.

How Should I Buy Lumber – Gross Tally or Net Tally?
Since hardwood lumber invoices are based on measured board footage, it is important to know if the price you are being quoted and paying is based on a gross tally or net tally. Sometimes it may seem a deal is too good to be true and it may be. The reason for that unbelievable price may be hiding in the tally.

Be sure you clarify whether the transaction you are conducting is measured on gross measure or net measure. Know what your price is per the type of tally. If you are ordering lumber with additional remanufacturing, be sure to find out how that is accounted for in the overall volume you will receive. A straight line rip will cause the volume of lumber to shrink again.

Buying net tally can reduce confusion and will give you the tools to accurately determine the volume of lumber you are receiving. 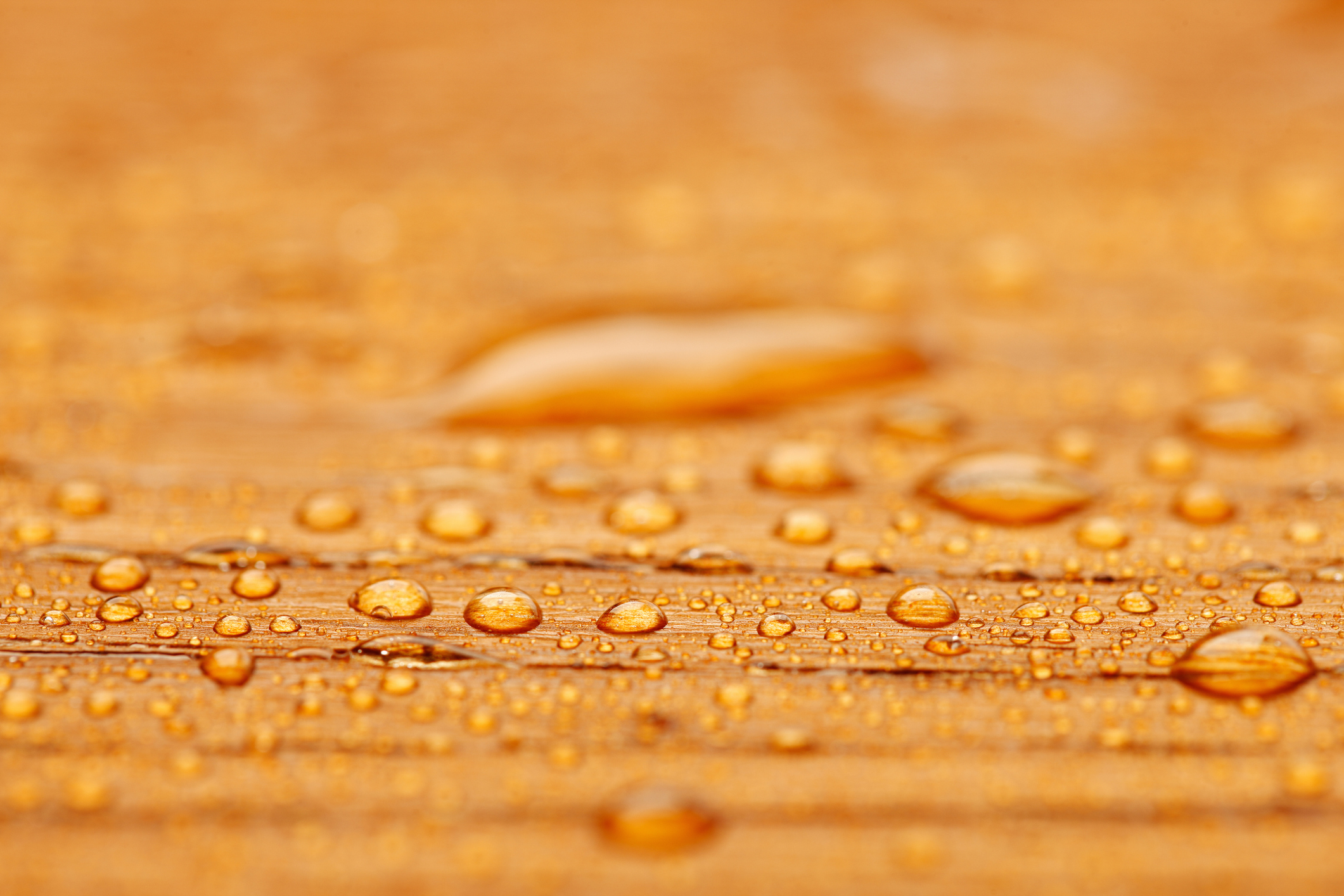 Why Does Dried Wood Absorb Moisture?

It’s In the Biology

The hardwood lumber that you buy began as a living tree (but don’t worry, we grow a lot more than we cut ). As a living tree, the trunk of the tree provided a way to transport water from the roots to the leaves. When the tree is cut down that water moving system is still present in that tree and much of that water is still in the lumber when it is first sawn.

Wood is hygroscopic, like a sponge, the moisture content will change depending on the relative humidity of the surrounding air. When humidity increases, the wood absorbs moisture from the air causing the wood to expand. When the humidity decreases, the wood releases water into the air and the wood shrinks. You have probably observed this in your own home when it rains a lot or is dry for a long spell, your doors close differently.

What Direction Does Wood Expand In?
When wood expands and contracts because of changes in moisture content, hardwood will move in a predictable way. Hardwood shrinks most in the direction of the annual growth rings (tangentially), about half as much across the growth rings (radially), and only slightly along the grain (longitudinally).

What Do I Do About Moisture and Wood Movement?
The solution to this problem is quite simple: don't stop the wood from moving, but rather account for its movement. With a little bit of knowledge, you can predict the degree of wood movement, and take action to accommodate the movement. And believe it or not, this is a helpful feature in places like California, where wood can move during an earthquake.

Hardwoods make any home more appealing. Understanding how to work with them will pay off in consistent quality and customer satisfaction.

Moisture Content: A Balancing Act
All woods absorb moisture when the air is humid, and lose moisture when it’s dry. You can manage the resulting expansion and contraction by understanding how the hardwoods behave, and by following a few simple guidelines for site preparation, handling, and installation.

Designing With Wood is Good!

Designing with wood is often the preference of many homeowners, designers and architects. For those concerned about their environmental footprint, this desire can be stressful. Without knowing all of the facts, the knee jerk reaction of many is to worry that wood is not the green choice, or worse, is a terrible tree killing choice. DO NOT FEAR! Wood is good! Here’s why.

WOOD USES LESS ENERGY
Untreated wood has huge environmental benefits over other building materials. It is completely biodegradable, serves as a great insulator, uses less energy to process than steel, concrete, aluminum, or plastic, and is 100% renewable. Simply substituting wood for another material can actually be an easy and economical way to reduce a structure’s carbon footprint. Source locally and make it even more green by eliminating transportation energy.

Don’t take our word for it… 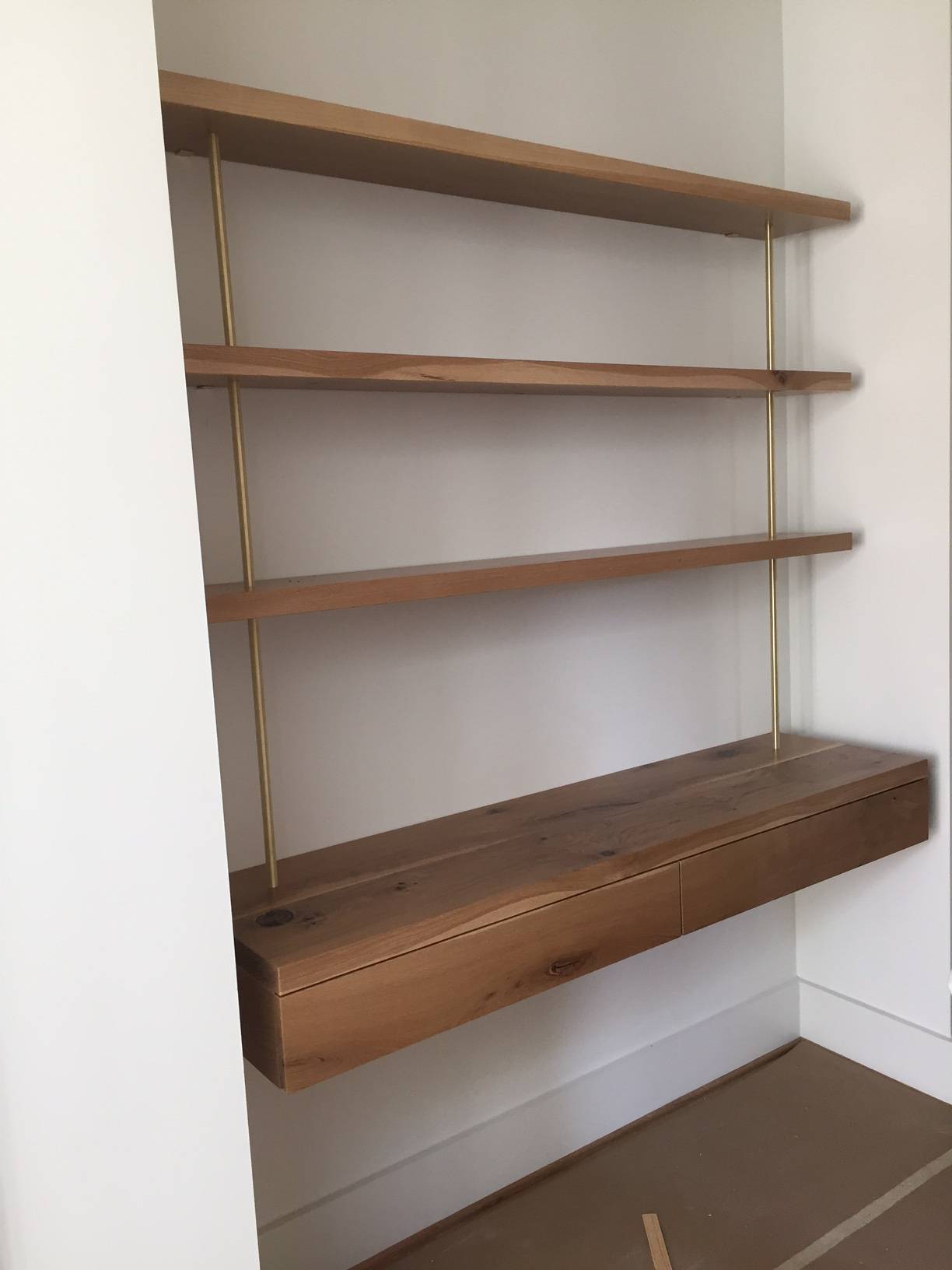 When to Use 2 Common Lumber

What is 2 Common Lumber?

The National Hardwood Lumber Association (NHLA) sets the standards for hardwood lumber grades, which indicate the amount of clear, defect-free wood in a board. The best grade you’ll find in most lumber yards is Select and Better (S/B), followed by 1 Common, 2 Common, and 3 Common. Lumber is graded not by its general appearance, but by the actual measurements of its clear sections and its specific defects. According to the NHLA, “The Number 2A Common grade includes boards that are a minimum of 3″ wide and 4′ long that yield from 50% up to, but not including, the minimum requirement for Number 1 Common. The smallest clear cutting allowed is 3″ by 2′ and the number of these cuttings depends on the size of the board.” In other words, the good sections of a 2 Common board will be of the same quality as a Select and Better board, and they will be at least 3 inches wide and 2 feet long.

Is 2 Common Lumber Worth Considering for My Project?

2 Common lumber works well for many projects. The main advantage to 2 Common lumber is its cost, which can be up to 50% less than that of Select and Better. The disadvantage is that 2 Common lumber generally has more defects than S/B and contains more waste per board. Remember that, once re-sawn, the cuttings from 2 Common lumber will be the same clear wood as the more expensive S/B lumber; they will just be shorter and/or narrower. Grades indicate the percentage of clear wood in the board, not its general appearance.

What are Good Uses for 2 Common Lumber?

Depending on the project, 2 Common lumber may allow you to create a high quality result on a much smaller budget.
2 Common lumber works well for small projects, and also for larger projects that require lots of small pieces. Additionally, you can use higher grades of lumber for the small parts of your project that require larger cuts, while saving money by using 2 Common for the rest. Of course, 2 Common is also good for projects where its rustic character would be an asset. 2 Common is often used in manufacturing for flooring, furniture parts, and cabinets.

Is 2 Common Right for my Project?
If the largest solid cuts for your project fall within the parameters of clear cuts from 2 Common, or if you are expecting to glue up wood, then 2 Common is well worth considering. For smaller projects or larger projects with small pieces, using 2 Common can be a good way to stretch your budget. 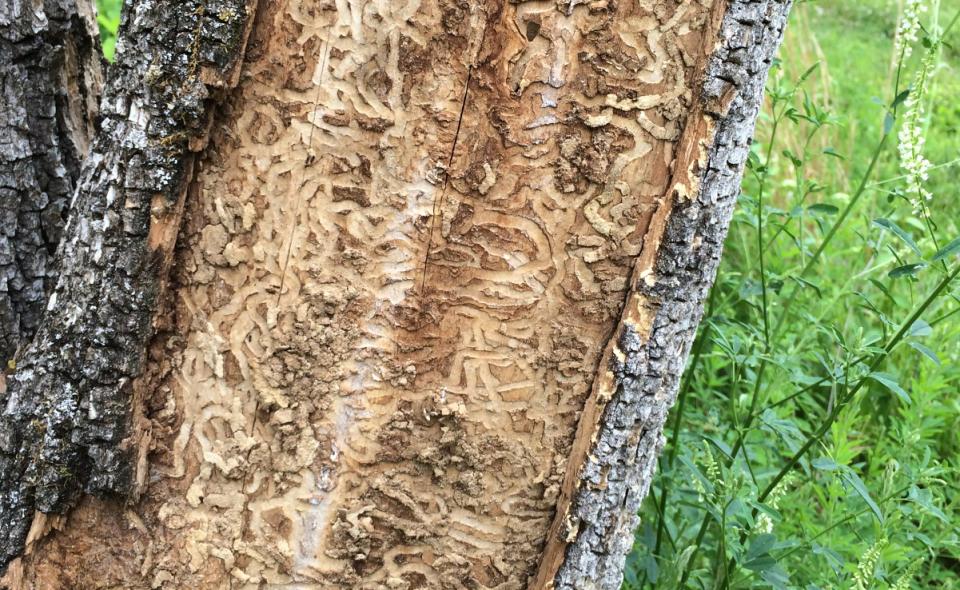 Ash is a great species of lumber to work with. Ash is known for its staining potential and ability to mimic oak. It has great shock resistance, and solid workability. To this point, it has been an economical wood that was always readily available.

The light brown and creamy white colorations of ash look great with a simple clear finish and are strikingly beautiful.

Uses for Ash Wood
Ash is used for furniture, flooring, doors, cabinetry, architectural moulding and millwork, tool handles, baseball bats, hockey sticks, oars, turnings, and is also sliced for veneer. It is a popular species for food containers due to the wood having no taste. Learn more about ash lumber.

How the Emerald Ash Borer is Killing the Ash Trees
Emerald Ash Borers are likely to kill 99 percent of the U.S. ash wood trees, says the U.S. Forest Service. This exotic insect girdles and kills the tree. The killer beetle has made a home in 26 states, two Canadian Providences and is continuing to spread. In just 10 years, it has become the most destructive forest pest ever seen in North America.

The demise of the ash tree is a truly sad event.

Can the Emerald Ash Borer be Stopped?
Research continues and (expensive) single-tree treatment is now available, but as of now, the infestation continues. In areas of the country already infected by emerald ash borer, quarantine efforts are underway to slow the spread of the emerald ash borer to new areas (the latest quarantine map).

Very recently, the USDA has approved three species of parasitic non-stinging wasps for import from China. The wasp eggs develop inside of the ash borer larvae, killing it. After they emerge from the trees, the adult wasps continue to feed on larvae and eggs in the area. Woodpeckers are the wasps only natural competition. According to the USDA, the wasps are not attracted to pets or people and have no stingers. What looks like a stinger is actually their egg-laying organ.

Currently, scientists are breeding and releasing them. As of the fall of 2017, the wasps have been released in 19 states. But their population still has to catch up to the immense borer population.

“It’ll be years before that balance comes back into the ecosystem until then, there’s no silver bullet to save those ash trees,” said Heminghous.

Many woodworkers and designers are embracing ash, with a desire of paying homage to ash in its wood form, embracing the idea that even when you can’t save the ash tree, you can save its wood. The Chicago Furniture Designers Association has even launched a furniture exhibition entitled, Rising from the ASHES: Furniture from Lost Trees.

This resurgence in the popularity of ash is bittersweet. We will continue to celebrate and use ash lumber while it is available, while cheering on the parasitic wasps and hoping they will catch up to the emerald ash borer.

Learn More : For more information refer to http://www.emeraldashborer.info/.
Be certain to check any quarantine regulations before removing ash.